Bunting bonanza and another Teal session

Snow Bunting numbers at Caister have been fluctuating quite a bit recently.
The mild weather up to a few days ago has seen plenty of people walking on the beach, recent high tides have also played there part in washing the food out on a number of occasions, this all adding up to sporadic appearances by the birds.
Also there seems to be 3 or 4 different groups of birds turning up to feed, but only rarely being there all at the same time. This is why sometimes 10/15 get counted and then later 60 + etc.
However with the weather turning a lot colder and Gary counting 80 birds we decided to have a go on Saturday (17th December). 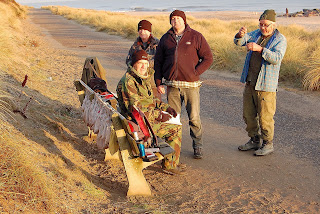 'Processing the catch'
The net was set before first light and 3 releases later  we managed to catch 88 Snow Bunting.
85 new birds, 2 retraps from 12/11/11 and  one from the previous winter 22/01/2011. While we had the birds another 30 turned up, making a grand total of at least 118 birds in the area.
Of the birds raced 57 % were Nivalis, which is quite high as most of the birds that winter here are normally of the Insulae race. Only 4 were aged as adults the rest being 1st winters.
A superb adult female nivalis bird was quite an unusual occurrence for this site. 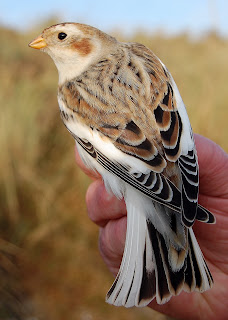 
18th December saw the final duck session of 2011. It was 3 degrees C when we arrived at Hickling, no rain was forecast but as soon as the nets were set it started sleeting! Thankfully it was only short lived. Bird numbers had dwindled slightly with about 40 Teal and 10 Mallard coming over the pond.
We still managed to catch a respectable total of 5 Teal and 2 Mallard all new birds. The Mallard were the first of the year.
One of the Teal ringed at Hickling on 15/11/2009  was shot just over 2 years later on 19/11/2011 at East Putford, Devon, a movement of 734 days and 453 km. 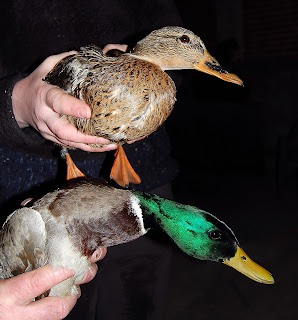 Mr and Mrs Mallard.
Also on a nearby pond there was recent evidence that an Otter had been feeding,a small tench was found on the bank with its head eaten away. We have also been informed today that he has been back and had a 2lb Perch from the same pond! 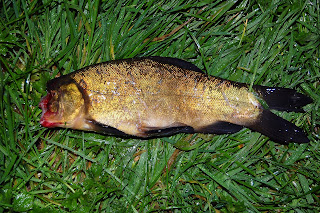