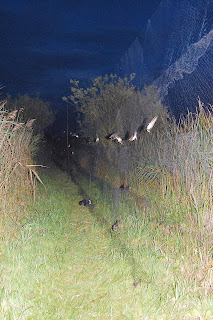 Swallows
39 Swallow were ringed, 10 were adults, also 3 Reed Bunting and a Greenfinch. 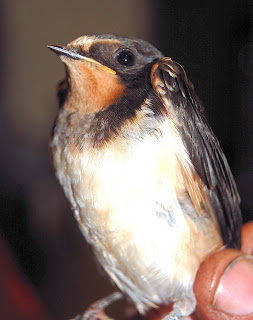 3J Swallow
A Cettis Warbler was giving it the' biggun ' while we were there and a Tawny owl started up as it got dark.
Another dead Water Rail was found, the second this year ! and no I still haven't managed to ring one yet !!!!
In the garden a superb Privet Hawkmoth Caterpillar was found in the hedge near to a lilac, a very striking beast. 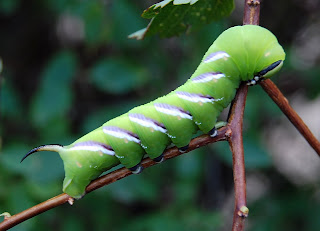