At last we have blown the cobwebs away and done some ringing for 2011 !
Various things have stopped us in the last few weeks, with people being ill, hardly any birds about, the weather...
I could go on, but enough is enough.


For our first outing we ventured down to Caister beach for the Snow Bunts, Gary saw 44 on Wednesday.
We have had problems over Christmas and new year with the seed being covered over intentionally again, high tides and masses of dog walkers ! This has made them very sporadic in appearances at Caister.


14 were on the beach at first light with another 11 joining them later in the morning, they were playing very hard to get. After a couple of hours we eventually fired the net. 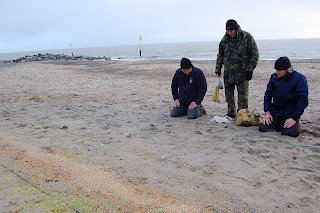 The boys surveying the catch.
In the end we had caught 14 birds with 5 new, 8 retraps and one control. The retraps were all this Winters apart  from one being originally ringed on 28th December 2009. The control was a colour ringed bird from Kessingland, Suffolk ringed on 9th January 2011. 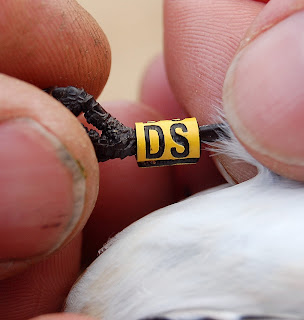 Another look Sunday produced 46 feeding on the seed, oh well you can't win them all ! 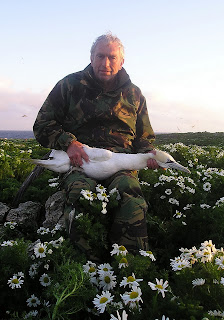