Recently we have spent some time in providing some new homes for Barn Owls. We have also took a couple down as one had not been used at all since erecting it and the other one was in a building that is to be demolished this year.
All boxes have been expertly built by Gary, our chief carpenter and gadget man.Some have been in tree's and are always a challenge to erect ! 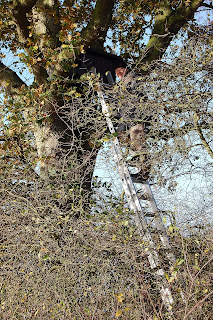 
Another recent erection has been in  barn to replace an old box that has been attracting Jackdaws in recent years. The old box has been left up and the new one erected nearby. there are Barnies present in the area so hopefully this will entice them to stay and breed. 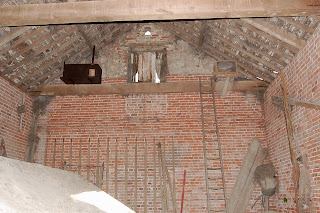 The new box left and old'n right.
We have an exciting gadget for this box.Gary has developed an infra red camera which is located inside the box and with the aid of a cable running to the outside of the barn we can attach a LCD screen and view the contents without causing any disturbance. 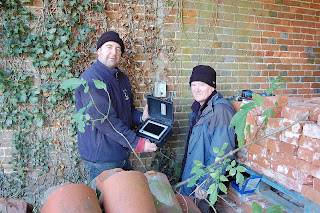 Dave and Gary deploying the screen.
Hopefully we can look forward to a decent Barn Owl season this year, the last 2 or 3 have been very disappointing for one reason or another.
Posted by Kevan at 19:40