With the recent festivities out of the way and a need to get rid of a few calories we went to Caister (27th) for Snow Bunting.
We arrived just before light to set up, to a reasonable morning weather wise. We were joined by Jen for her first ringing trip. 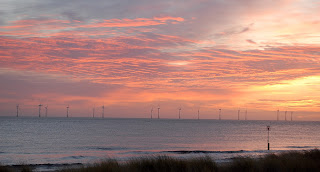 Gary and Tony have been feeding regularly in the last few weeks with the flock peeking at 61 mid month.
It was very quiet at first with only one bird turning up which preceded to gorge itself on the wheat.
Then birds began to appear until eventually there were about 45 in the area, by this time however the beach was getting quite popular.
We made a catch of 20 Snow Bunting; 13 new, 4 retraps and 3 Kessingland birds. The retraps were made up of 2 from this winter and  2 from 2011. 16 / 20 were Insulae race.
A Golden Plover turned up and was heading for the wheat but unfortunately was chased off by a dog!
A Shag was drying out on the sea defences before deciding to have a dip, 4 Brent Geese and 2 Red Throated Diver flew past with at least 40 Cormorant coming from roost to feed.

..............
There has been a dearth of birds in the garden so far this Winter, nets were up for 4 hours yesterday and only 6 birds caught! However the day was brightened up by this happy fella. 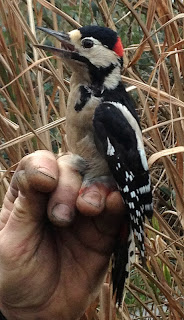 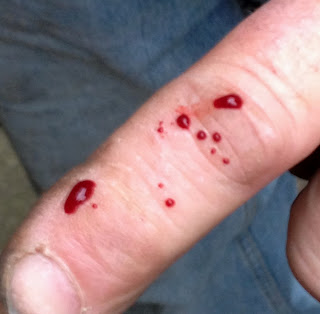