A change of scenery was to be had early Sunday (2nd. December) morning, Dave and I headed north to meet Mick in the Sea Palling area. Snow Bunting were the target, with maybe some Turnstone as well. 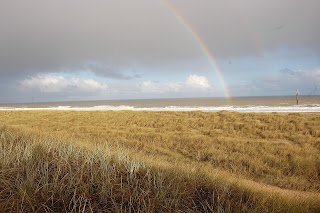 Mick and his associates have been baiting an area on the beach for a while now and the numbers of Snow Bunting have been building up, with about 30/40 in the area.
Recently 40/50 Turnstone have been seen feeding in the same area as well.
While setting the net up 40 or so Turnstone and a few Snow Bunts were waiting patiently for their breakfast. 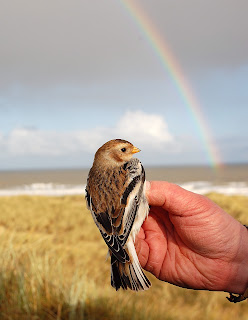 One of the Snow Bunting.

The Turnstone were first on and 17 (all new) were soon caught, they were quickly extracted and the net reset.
Within a few minutes 27 Snow Bunts were in the area, with some going on the food. 19 were caught , all new and mostly Nivalis birds. 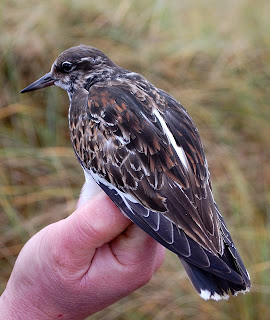 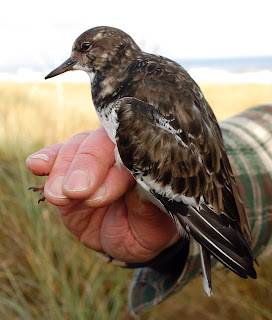 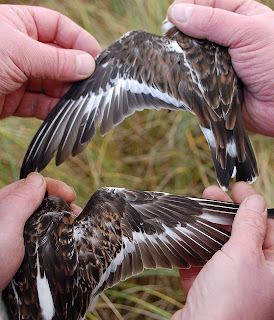 Sunday afternoon we ventured to Hickling for a Teal session, James has been feeding the pond as usual.
Teal numbers have been fluctuating quite a bit, what's there one day may not be there the next, however we thought to give it a go.
Unfortunately only about 10 Teal came in, we managed to catch 2 , both drakes, at least it's a start.
Posted by Kevan at 19:57