The forecast for Saturday morning was light winds, so with this in mind the first reed bed session of the year at Haddiscoe Island was planned. The usual 5 rides were cut  on Thursday night ready for Saturday.With the nets being erected on Friday night. 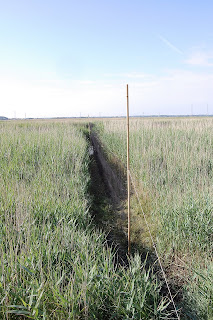 One of the net rides
As we drove down to the reed bed on Friday night a Weasel was seen running from a dyke across the road with prey in its mouth. It saw us and dropped the prey, so we went to investigate. To our surprise the prey was found to be a Water Rail chick! 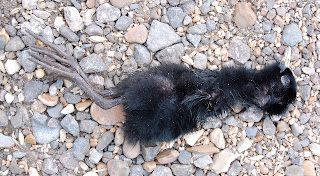 Water Rail - meal
2 nets were left open,whilst we put the rest up, mainly to try and catch some Swallows.
In the end we caught 14 birds: 7 Swallow, 6 Reed Warbler ( one a control) and a Reed Bunting.
We woke at 3.45am Saturday morning to open the nets and were greeted to very light winds and mist all over the marsh. 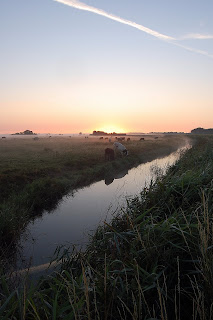 Sunrise over Haddiscoe Island
After an hour or so the mist cleared, the wind kept light with some cloud cover all producing ideal ringing conditions. A couple of surprise captures in the reed bed were a Skylark (1st. for the site) and a Meadow Pipit . 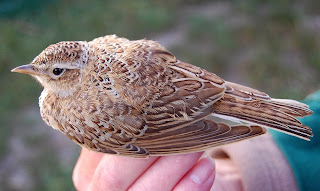 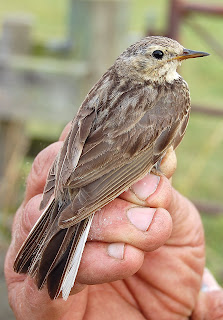 Adult Female Meadow Pipit
Saturday morning produced;
Skylark 1
Meadow Pipit 1
Sedge Warbler 11
Reed Warbler 40 and 1 control and 4 retraps, 2 were originally ringed in 2007, 1 each from 2008 and 2009.
Bearded Tit 19 and 2 retraps both from 2009
Reed Bunting 12.
A very good start to the reed bed season with Friday night/Saturday morning producing 97 new birds, 2 controls and 6 retraps ( All the retraps were originally ringed at Haddiscoe). Most of the Reed Warblers were adults. 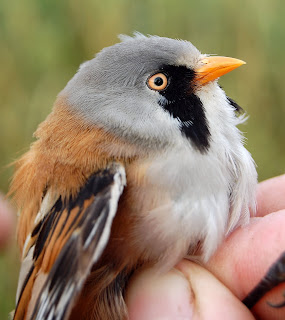 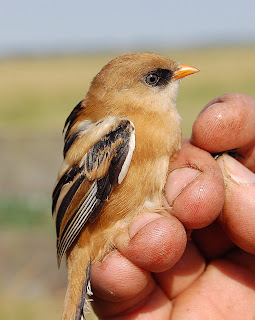 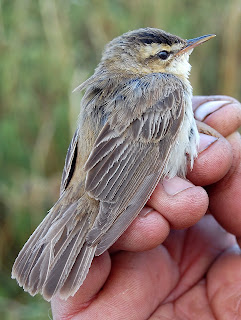 Adult Sedge Warbler, note the overall wear on the bird. 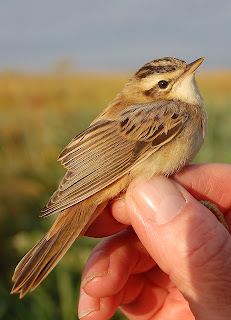 
A Quail was heard 'singing' in nearby fields, 2 Crane were seen and heard calling overhead , a Hobby flying past and several Little Egrets and Marsh Harriers were on view.
Numerous Brown Hawkers and Black tailed skimmers were seen. 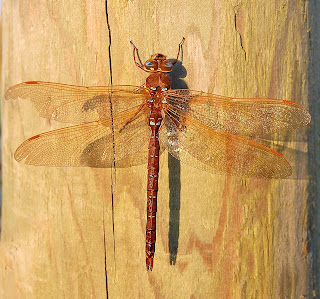 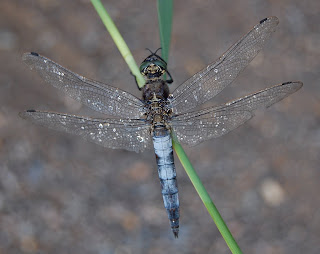