On Thursday night we had a trip to Horning Hall, mainly to catch House Martins.When we arrived we were greeted by the magnificent sight of at least 50 birds flying around the house. Four nets were used with Gary's super efficient net coming out of top catching 13 birds ! 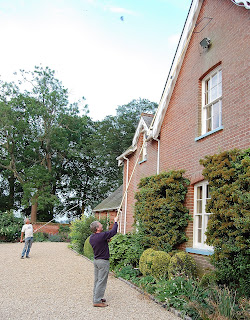 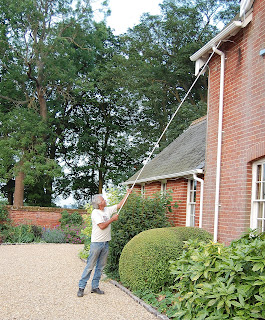 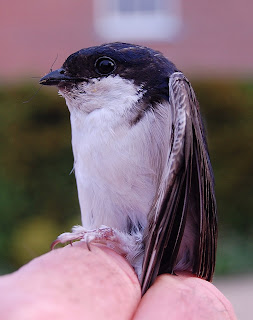 One of the adults. 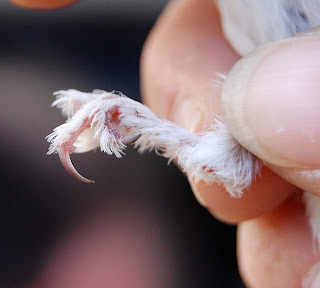 The Barn Owl that had 4 eggs 3 weeks ago was checked again and has 3 chicks now. Unfortunately the Swallow nests have all been predated at chick stage with the Owl being the main suspect.
Posted by Kevan at 22:34