A return visit to the Avocet 'colony' produced the same chick as before a bit bigger and hopefully a lot wiser, unfortunately all the other nest's bar one have disappeared, there can't be much hope for this nest either. 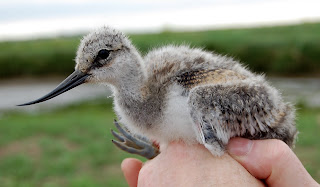 
While searching the area Kev nearly had a 'heart attack' when a Tufted Duck exploded from the vegetation nearby. This resulted in the nest being found containing 9 eggs. 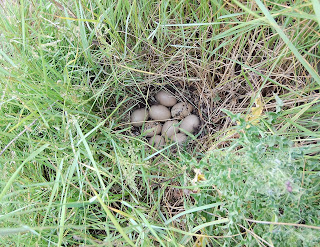 Tufted Duck nest
Through the course of the morning some Mute Swans were caught, 3 new, 2 retraps and 2 cygnets, too small to ring.We don't ring that many Swans as the rings are too expensive! The retraps were both from last year. 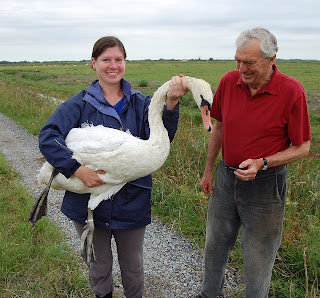 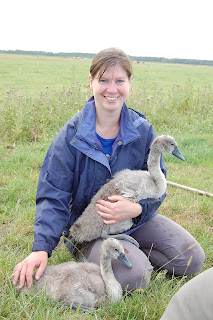 The two cygnets wondering what life is all about.
We then had a surprise when we visited a Barn Owl box, 2 newly hatched chicks were inside and  a larder consisting of 5 Field Voles and 2 Shrews !  Quite a cache. 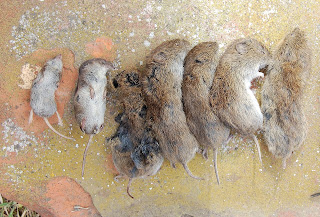 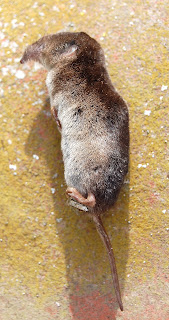 One of  the Shrews.
The second Barn Owl box visited contained a  Stock Doves' nest with 1 egg.  On leaving the box Sharon picked up a superb Emperor Moth caterpillar. Several Blue tailed Damselflies and a few Brown Hawkers were also on the wing. 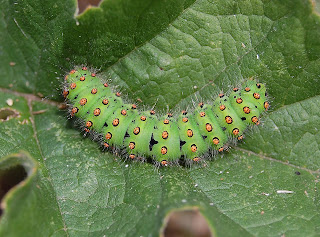 Emperor Moth
Posted by Kevan at 22:15