We were again at Winterton on Sunday 17th , the usual nets were erected.
It seemed rather quiet apart from several Blackbird and Redwing flying over. It was raining when we arrived but soon cleared to leave a nice warm morning with a light NE wind, temperature eventually getting up to a balmy 12 degrees C! 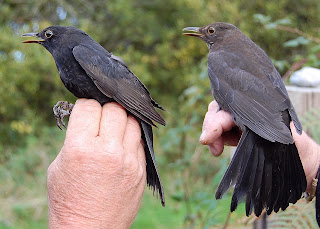 1st W Male and Adult Female Blackbird
Goldcrest and Robins were the predominate birds ringed again, only one warbler was caught.
It was good to get another Marsh Tit and 3 Treecreeper were a nice suprise. I think the Tits have now found the feeders to their liking !!! 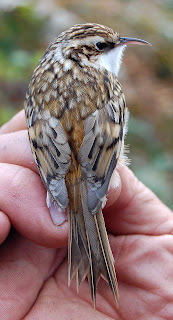 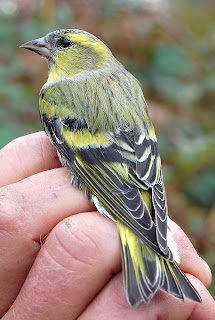 Adult Marsh Tit
At least 400 Pinkfeet were in the area and 2 Woodcock were flushed early morning. A Comma butterfly was seen sun bathing later on.
Another Brambling was caught in the garden later in the afternoon. 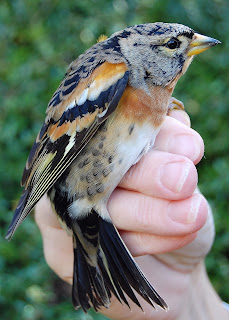