On Sunday 10th April we met at Winterton again for the second visit this year. The weather was good with a light SW, cool first thing then warming up to 14°C . There were a few more Warblers about now, with at least 5 Willow Warblers singing. It was nice to retrap some Wablers from previous years, see details below. 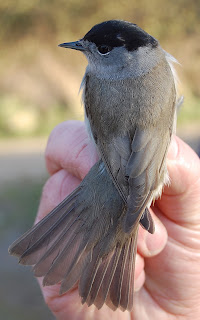 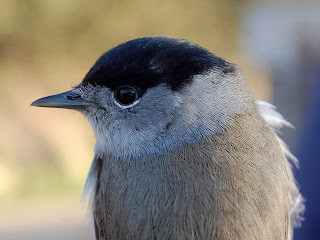 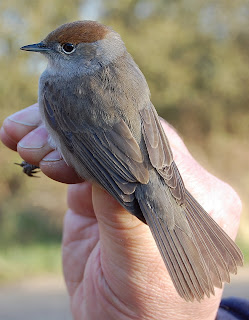 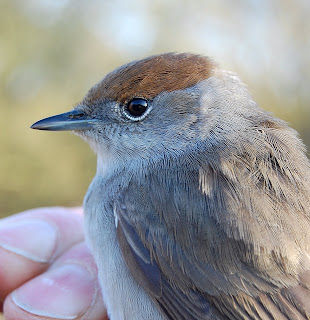 Mrs. Blackie
For the second year running a pair of Treecreepers were watched nest building within the same area as last year. A Roe Deer was seen on the track and Gary found an Adder skin that had been shed.
A couple of boxes have been checked recently, both containing Tawny Owls, one with 3 eggs the other 3 chicks.
Posted by Kevan at 20:58