Saved the best until last.

The second trip to Winterton this year, Saturday 21st April, produced a few more birds than the last session.
The nets were erected on the Saturday morning rather than the night before as it was raining 'Cats and Dogs' Friday night.
However the mornings weather forecast was going to be fine up to about 11am, as it proved we were right to have a go with a good selection of birds being caught and seen. 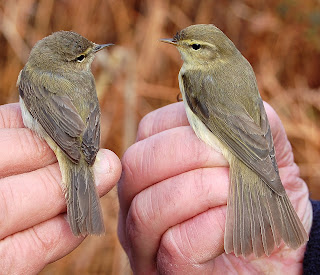 The first Willow Warblers and Treecreepers for the year were caught , with the last bird of the day proving to be a Belgian ringed Goldfinch ! This is our first foreign ringed Goldfinch ,we have had 3 of 'ours' found in Belgium. 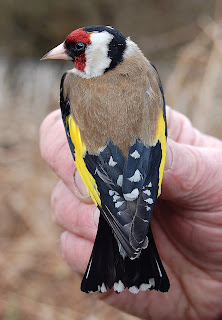 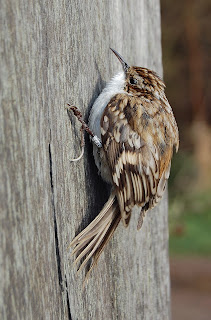 One of the Treecreepers.

Bid watching included a Buzzard heard and seen, a pair of Sparrowhawk displaying and 5 trumpeting Cranes .
The Cranes had been heard all morning but then later on flew overhead with 3 of them flying noisily out to sea but eventually turning back towards land. 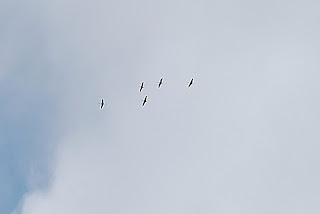 5 Cranes overhead but only a 50mm lens on the camera, doh !

As the morning warmed up a few Adders were again seen sunning themselves, they proved a bit too quick to get any decent photos! 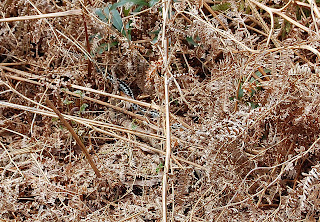 One of the slippery customers.