Another visit to Winterton on 5th May turned out to be a quiet affair.
The intention was for more migrant Warblers but unfortunately the poor weather of late and a constant moderate NE put paid to this.
Only 12 new and 5 (retraps) were caught, these included the first Garden Warblers of the year. 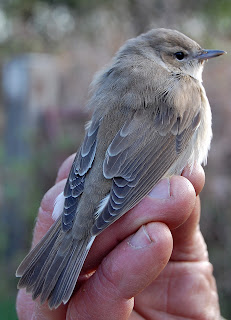 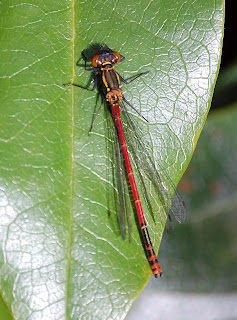 The first Damselflies were on the wing, with a male Large Red seen. Also 2 Common Lizards were basking in the sun but no Adders were seen this time. 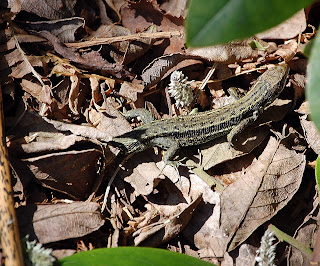 Common Lizard, this individual was regrowing it's tail.

Later on in the week a visit to check boxes at Horning Hall turned out to be another quiet evening with the only  recent activity being a Treecreepers nest with young in a split in the trunk of a Cypress and a Male Barn Owl seen a couple of times taking food into a new site, we will check this out later in the season. 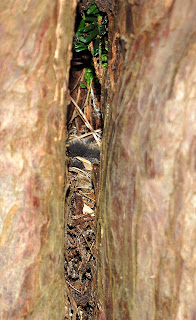 A poor photo of the Treecreepers nest.

The second evening trip of the week at Haddiscoe Island was another quiet affair apart from the bird and Mammal watching.
The Lapwing were virtually non existent with only one nest being found with eggs and no young seen.
The only positive note was at least 9 nests of Mute Swan being seen. 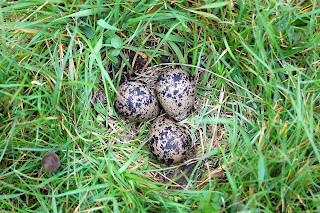 Birds observed included a cracking Short-eared Owl sitting right in front of us, Whinchat, 6+ Wheatear,10 Whimbrel, at least 6 Marsh Harrier and 10+ Little Egret.  2 Stoat were seen hunting on the road, Chinese Water Deer on the river bank and amazing numbers of Hare's that seemed to be just about everywhere.