If this was the Autumn we would be praying for Easterly winds !
Unfortunately its been another non event this weekend on the ringing front with near hurricane winds, bitterly cold and sandstorms on the beach at Caister.
However this has lead to more birdwatching, a check on the beach at Caister Saturday saw at least 25 forlorn looking Linnet on the food. 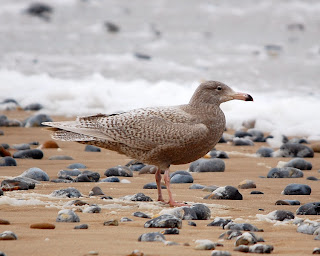 From hear a scan on the beach revealed the juvenile Glaucous Gull, mentioned in the last post, loafing on the beach and no camera !
I beat a hasty retreat home to get the camera but had gone by the time I got back.
Another look Sunday morning saw the bird hunkered down in a field nearby, I had the camera this time but too far away !
Another trek down Sunday afternoon on an almost deserted beach saw the bird again in its usual place feeding on the beach, where these photo's were taken. It was quite settled until a beachcomber came along and spooked it, he was looking for Jet. 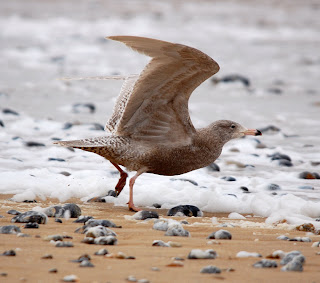 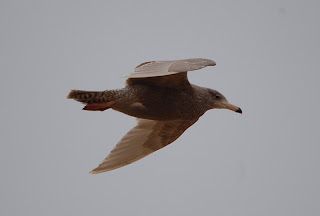 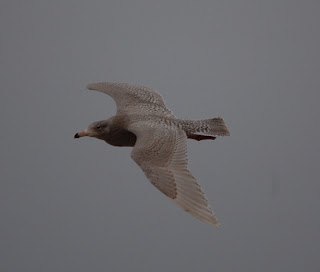 There was also a strong Southerly passage of Kittiwakes and Gannets, 18 Sanderling were also on the beach.
In the fields nearby a flock of 21 Skylark revealed themselves.
Posted by Kevan at 20:44