A trip to a Broadland site one evening produced some memorable birds as well as a sad sight.
10 Cranes were seen feeding in a grazing marsh( all adults), a superb Hobby being harassed by Swallows, several Marsh Harriers and several Avocet were the highlights.
The first cygnets were about, not as many as normal though. 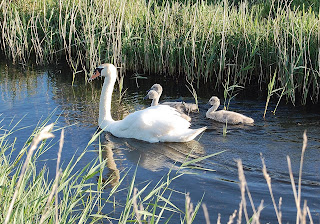 Which ones the ugly one ?
While checking a Barn Owl site in a disused mill a very sad sight was seen. On opening the door there was a rather pungent smell, on inspection this was to be a pair of Shelduck and 7 young all dead. They had fell down into a pit beneath the mill's wheel and become trapped, what a way to go!
Dave and Justin had visited the site a couple of weeks ago and found 2 pairs of Avocet breeding, they have bred here before but only occasionally.  A military manoeuvre was set in place to see if we could find any young to ring.
One chick was found and amazingly another 5 nests with 4 eggs each! (We do hold the necessary schedule 1s to ring Avocet ). 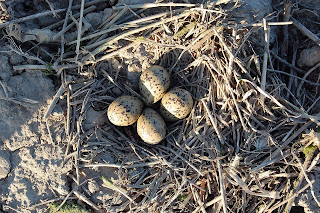 Avocet  nest
Unfortunately the chick was too small to take a ring as it had only recently hatched, still having its egg tooth. 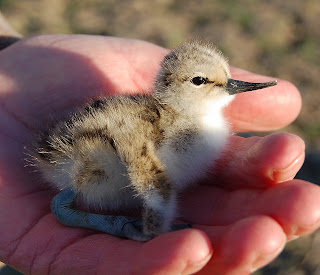 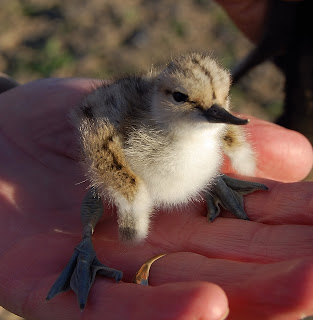 A long way to go yet.
Hopefully he can dodge the predators and survive until we go back again.
A large Drinker Moth caterpillar was found in the grass to round the evening off. 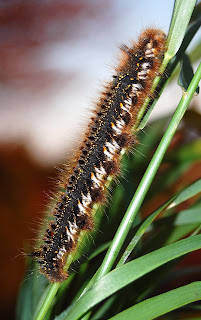 Drinker Moth
I have just recently received a report from a work colleague of a ringed Oystercatcher. The bird was found dead on the Wash near Kings Lynn, Norfolk last month, it was originally ringed on Snettisham beach, Norfolk on 25/08/1968 !!!!!!! It must be the grandfather of all Oystercatchers.
Thanks to Russel for the info.
Posted by Kevan at 22:44