On Tuesday 1st. June we returned to Repps to mop up the last Tit boxes.
I think we have finally finished checking them now and these were the last to ring this year.

We have never had such a long Tit season, we can now move our attentions to checking the Barn Owl boxes.
The dykes at Repps have recently been widened for the flood alleviation programme that is continuing in the Broads, these already have a good population of Damselflies. Mainly Red eyed, Large red and Azure. 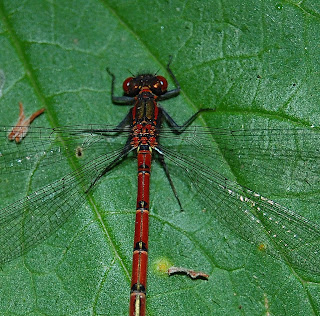 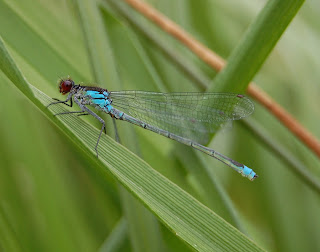 Red eyed
We did check some Barn Owls at Caister, one was empty another had 4 eggs and the last had 5 chicks. 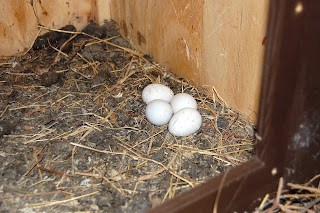 Barn Owl nest
The box with the 4 eggs also had a Wood Pigeon nesting on the roof, this had one egg and a recently hatched squab ! 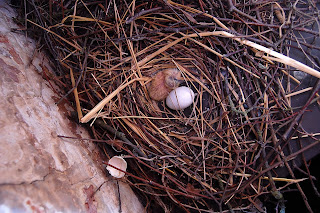 Wood Pigeon nest on roof of box
Inspector gadgets new invention came into its own tonight when we were able to extract the female from the last box. This was a retrap and had originally been ringed as an adult at the same box on 04/10/2004 ! and previously retrapped on 07/05/07. A good age for a Barn Owl, She is still going strong with 5 chicks this year, this is usually are most productive site. 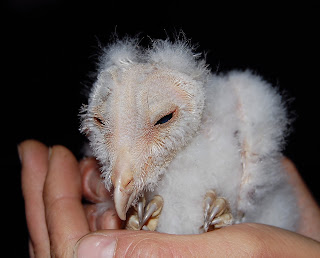 The largest Owlet
Posted by Kevan at 23:11