Saturday 29th, Turned out windy and showers were forecast, luckily these did not materialise until mid day.
We continue checking boxes and revisiting the ones that need ringing. More Blue and Great Tit pulli were ringed. 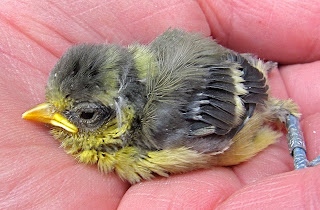 Blue Tit pulli
Some Tawny boxes have Jackdaws in so these were ringed as well. 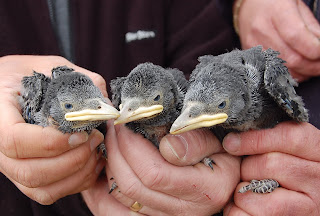 See no evil, Speak no evil, Hear no evil !
A Whitethroat nest was found during the week with small young, this was revisited to ring the 5 chicks. Another Whitethroat was found  at Caister today (Sunday) containing 4 eggs. 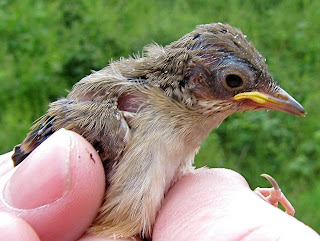 Whitethroat pulli
While checking a Little Owl Box, Gary had the surprise find of a Kestrel nest with 4 eggs. We had put up a ladder to check the box, Gary went up checked it then on the way down a Kestrel flew out of a cavity in the Oak tree which the ladder was across. I'm not sure who was more startled, the bird or Gary ! 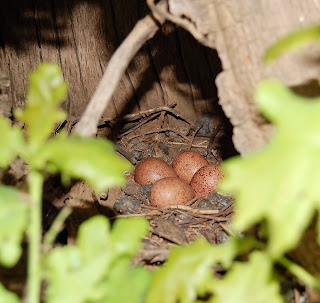 Kestrel
A dead Male Muntjac was found in the under growth at Repps, It was a bit whiffy but some photo's were taken, quickly ! 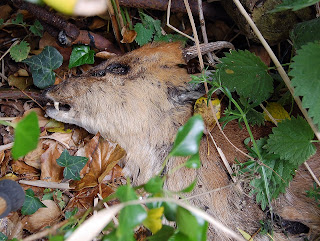 I think he has seen better days.

Several Red eyed , Blue tailed and Azure Damselflies were seen in the dykes at Repps.
Posted by Kevan at 22:59