A trip to Lound Lakes

This Wednesday saw the group return to the Lound Lakes nature reserve to give the yearly ringing demonstration as part of the annual dawn chorus event held by the Broads Authority in partnership with Essex & Suffolk Water. Our trainee Justin has recently been appointed in the post of Conservation Hydrology Officer and being the site warden at Lound Lakes was particularly keen to see what birds were caught. After leading the dawn chorus walk he eventually arrived at base camp with 21 visitors and immediately jumped into help with the ringing as Tony and Gary returned across the boardwalk with the results of a bumper net round. 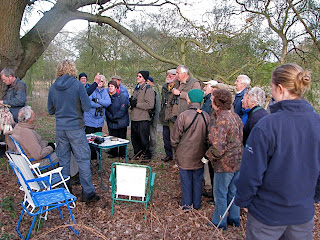 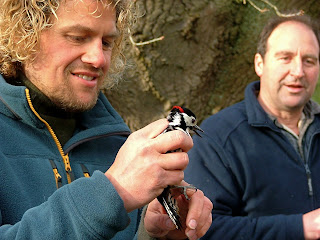 They were hoping for blood!

At the end of the session 27 birds were ringed and 5 retraps processed including a pair of coal tits that were ringed at the same demonstration in 2008. Our many visitors left feeling privileged at their close encounters with some of Britain's well known bird species. 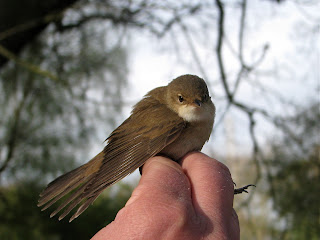 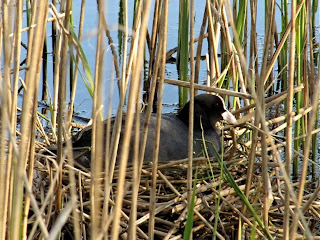 And still she sits tight after all the goings on.