Nets were erected on Friday night at Martham ready for Saturday morning so there was no excuse not to turn up.

The group met at 5.30 am to be greeted by a heavy shower, so we sat it out in the cars for half an hour. Then it was bright sunshine and a light NW. This site is mostly mature woodland with scrub in places, we only net it at most, twice a year and this was the first visit since May 2009. 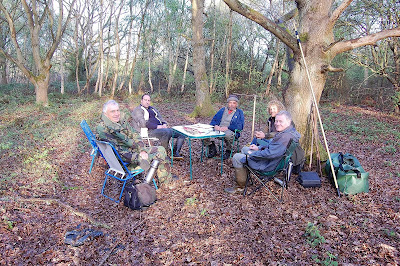 All set up and ready for action !
When the sun came out it was a 'bootiful' day with Speckled Woods flitting about and the first Large Red Damselfly seen, Swifts flying overhead and a Cuckoo was giving it the big'un! 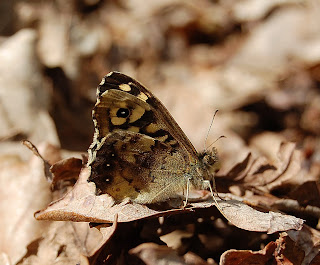 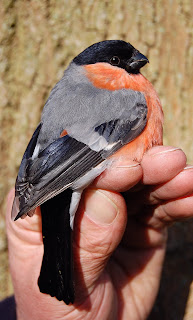 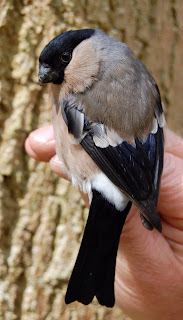 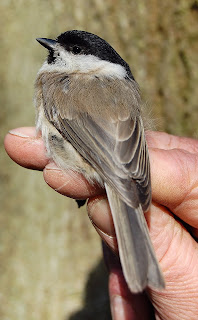 5M Marsh Tit
Gary or should I say inspector gadget, has built a camera on a pole to view nests and box contents. This has cheered our human 'Chimp', Tony, up no end as he no longer needs to climb the trees to find nothing there!
We tried it out on a Wood Pigeons nest, Tawny Owl box and several other contenders and it worked very well. 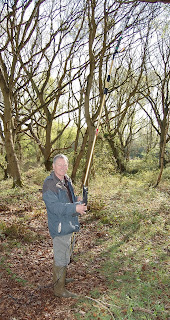 Gary and his telescopic camera 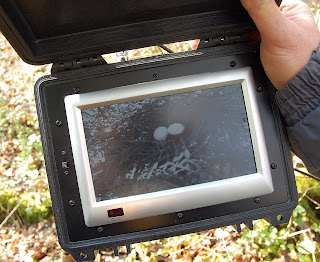 The resultant picture of nest and contents.
The first Owl box checked this year contained 2 Tawny chicks with FM so were ready to ring. One of the adults was seen nearby the night before. This was a good result as the box was replaced this year and you never know whether they will like the new one. 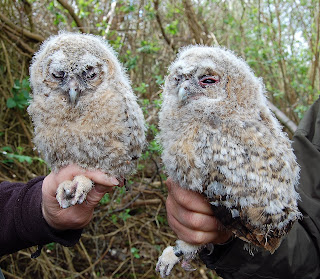 Tawny Owl pulli
On the way home we went to Tony's and ringed 2 Collared Dove and 5 Robin pulli which rounded of a good days ringing. 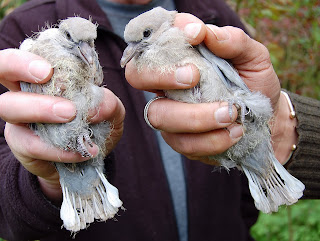 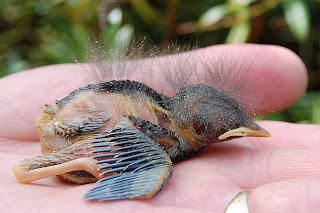