Over the last couple of weeks we have been out checking the tit boxes, some sites have done very well and others not.
Most of the boxes at Rollesby have been predated, with the young all taken, possibly by a Weasel or Grey Squirrel. The season seems to be quite protracted with boxes ringed a week ago now on the wing and others still to ring with very small young. 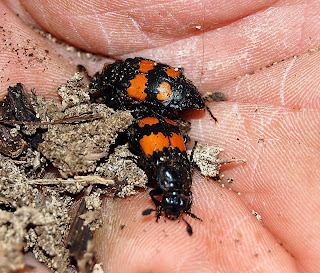 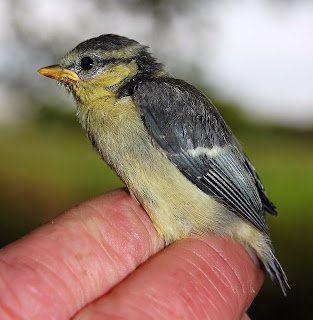 One of the lucky ones so far !
The Tawny Owls were revisited, they seem to be struggling as well. A brood of 3 is now 2 and the couple of broods that contained 2 now have 1 in each. One box contained a half eaten Mole, this was the only prey item we found in any of the boxes and not an ideal one at that. 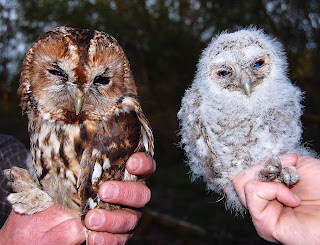 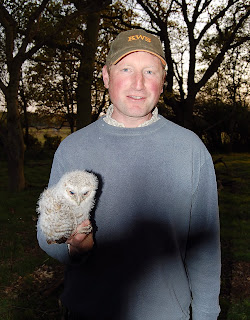 Proud ' Father'
At Haddiscoe and Horning Lapwing broods were ringed, another species that seems to be dwindling in our area.On the plus side at Horning about 20 pairs of House Martin are nesting, a superb sight.
We did check one Barn Owl box, last year this had Little Owl's which bred successfully raising 3 young. This year it has Barnies  back, the female was ringed and 3 small young were in the box, these are finding more prey than the Tawnies as 3 juicy Field Voles lay in the box ready for dinner. 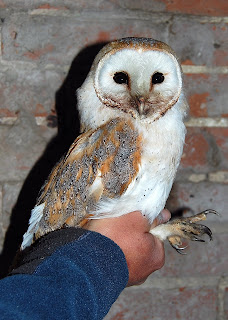