The weather looked ok for mist netting at Winterton on Sunday morning, so the team arrived at 6am and erected 10 x 60' nets to give them an airing if nothing else !
The wind was light first thing, however with the sun coming up the wind freshened to a moderate NW and stopped anything moving.
The first round produced mostly retraps from last year, so it was time to see if we could tally today's retraps with the original ringing data ! This was done with the usual debates. 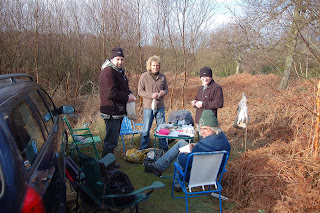 The consultations begin!
We ended up with 27 new birds and 22 retraps, with the first Willow Warbler and Chiff's of the year being caught. The surprise was catching some Goldfinch,  a species we rarely catch here. 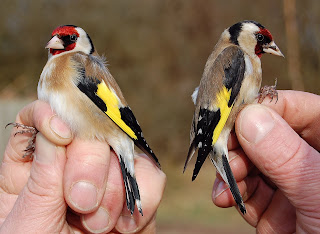 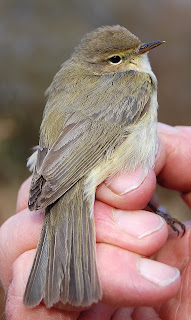 5 Male Chiffchaff
The retrap  Chiffchaff was originally ringed in September 2009 as a bird of the year (3).
It poses an interesting question, is it a bird that has wintered here or has it  migrated south and already returned ? Answer's on a postcard please. 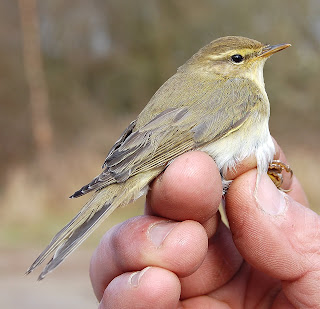 Willow Warbler
The only other interesting sighting was of a Treecreeper nest building  in a dead tree neaby.
On the subject of nests .........
Later on in the afternoon, at home, the annual Easter Egg Hunt was started. 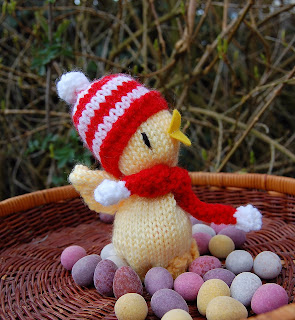 A new species for the garden !
2 Blackbirds were found both with 4 eggs , so the first Nest records for 2010 have been started.
Lets hope for a good breeding season. 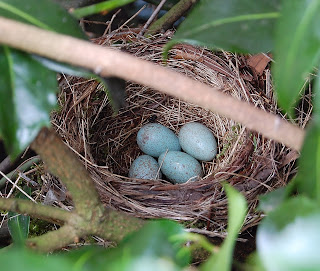 Blackbird
Posted by Kevan at 20:26