Saturday 17th April saw some of the group with Derek  (on a pass from Suffolk) at Winterton.
The nets were erected and furled the night before, this proved to be a bad move. When we arrived at 5.30am to open the nets we were greeted by frost and frozen nets with fog as well !
The nets were delicately opened , but with the zebra striped nets and the fog we could forget about catching much. 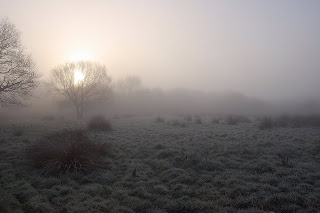 Frosty and Foggy start.
It took a couple of hour's before it thawed and the fog to lift , then it was wall to wall sunshine. 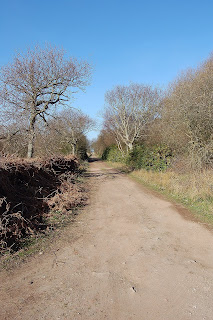 All very nice but not good for catching birds.
However we did manage to ring 22 new and get 7 retraps. With the 2nd. Cetti's for the site and the first Blackcaps of the year. 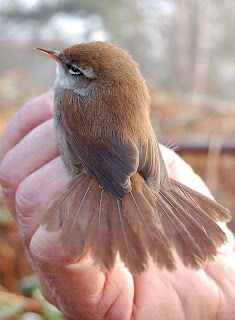 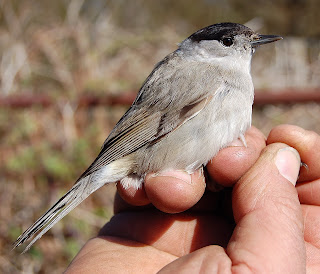 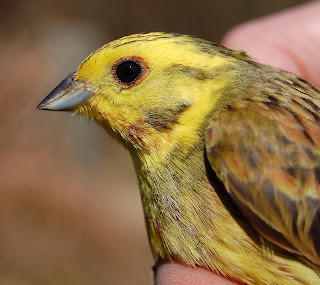 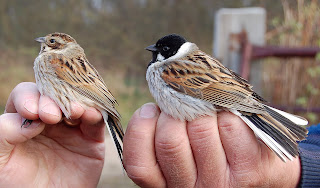 5F and 5M Reed Bunting
At 10am with the temperature rising 9 Common Buzzard and a Female Marsh Harrier were seen circling above us. The Buzzards drifted off South and the Harrier went West.
Sevaral Brimstone and Peacock butterflies were seen, also a Common Lizard and Gary found a superb Adder skin.
Later on in the afternoon a shopping trip to Great Yarmouth had a slight detour to Bure Park to see a pair of Garganey that had taken up residence on the local park lake. 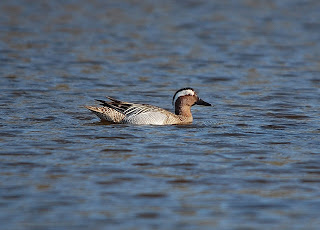 Male Garganey
Also at home the first Comma of the year was seen nectaring on a Berberis.
The Blackbirds have hatched and have 3 chicks and another one was found with the female on eggs. 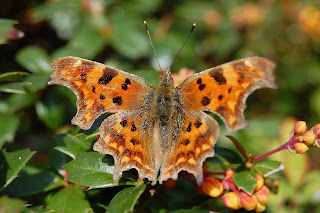