On Tuesday 21st we were out again, this time at Waxham Great Barn for part 2 of the RAS project.
There were several flying about when we arrived, with at least 80 birds flying around.
A quick count of the nests produced 11 at the front and 46 ! at the back, most looked occupied. 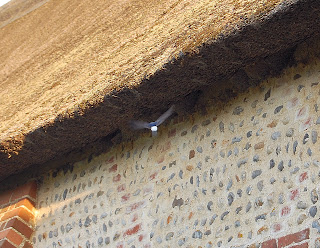 Some of the nests.
A Hobby came through and caused pandemonium for a brief spell, but they soon settled down.
28 were caught with 23 new, 4 retraps all from last year and 1 control.
Dave has found out that the control, L568614 was originally ringed as a 3 (bird of the year) on 25th September 2010 at Icklesham, Sussex. 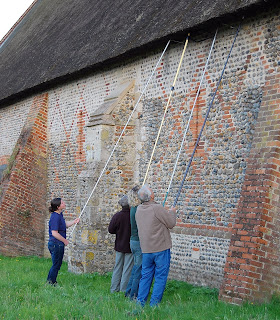 Sharon was chief catcher on the night with the aid of Dave's net. 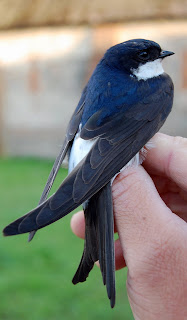 
Also during the week the Spotted Flycatcher nest was revisited, fingers were crossed in the hope it had survived the recent downpours .
When we arrived the adults were seen taking food in , so we knew at least something was there. 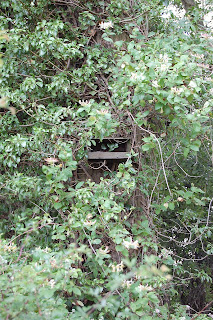 Spot Fly nest box
On inspection 4 pulli and 1 cold egg were found in the nest, so the chicks were duly ringed. There was no sign of the other Spot Flys that were present on the last visit. 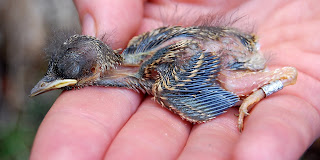